Since the launch of Pyre back in July, we've been taking stock of all the wonderful response and feedback from players around the world, as well as getting busy figuring out what's next! By way of saying thank-you to everyone who's supported the game, we're pleased to announce a free update and bonus soundtrack, available now on Steam! The update is also available on PlayStation 4. 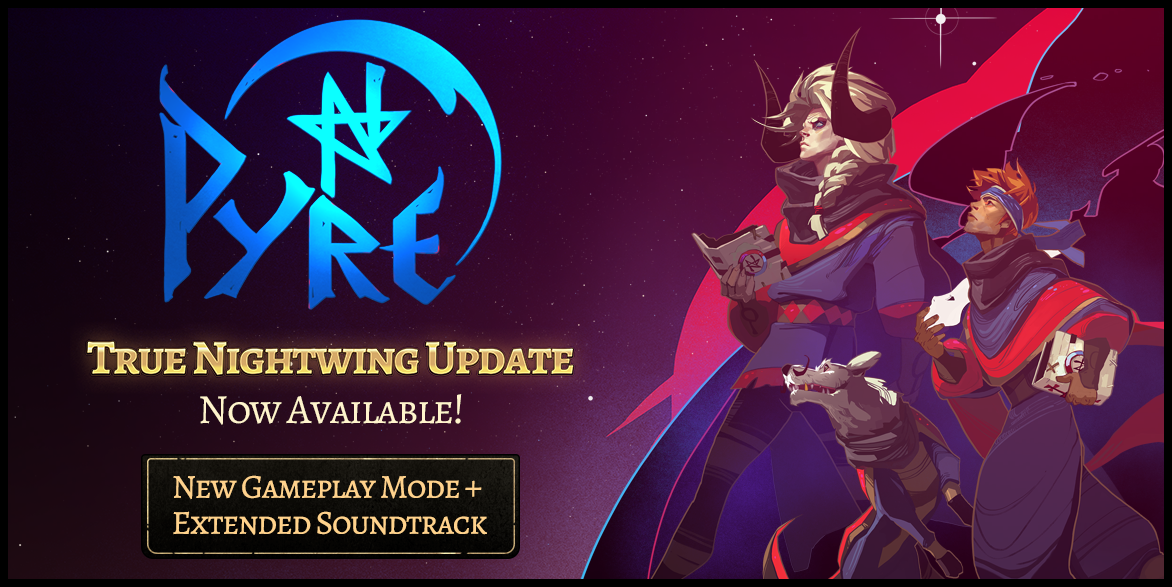 Enjoy a new way to play the Campaign, and two hours of bonus music!

About the 'True Nightwing' Update

The centerpiece of our latest update is a new Campaign mode that's unlocked after you reach the end of the Campaign (if you've already finished the Campaign, it should be unlocked automatically).

Reminiscent of an 'Ironman' mode in other games, this new way to play really amps up the challenge, and emphasizes many of the unique aspects of Pyre's campaign -- notably in how the story has no 'Game-Over' state, and keeps moving forward, taking your choices and outcomes into account.

It's designed to enhance playing through the Campaign successive times, whether you want to visit your favorite characters again, or experience all the many millions of event combinations in a whole new way.

Some of the specific changes in this mode:

· Base difficulty same as Heightened.
· All Titan Stars unlocked, and some must be used.
· Enlightenment required to rank up re-scaled.
· Cannot load checkpoints or restart Rites.
· Book of Rites and White Lute fully unlocked.
· Slugmarket inventory fully unlocked.
· Feats of Glory introduced much sooner.
· Note: Once chosen, this setting cannot be changed.

Many of the early tutorials are skippable so you can get into the meat of the action more quickly, and develop brand-new strategies around how to outfit your exiles, and how to take on your many adversaries. Steam version: Complete the story in this mode, and earn a new Steam Achievement!

In addition to the new mode, we're pleased to add more than two hours of extra music to the Pyre Original Soundtrack, in the form of two bonus albums.

· Pyre: Original Soundtrack - The White Lute features acoustic versions of many of the signature tracks from the game (they're the versions you hear using the White Lute item in the wagon).

· Pyre: Original Soundtrack - The Black Mandolin features eight unique variations of the song 'Never to Return', for each of the different triumvirates you confront in the Rites!

If you purchased the soundtrack, you'll automatically receive these bonus albums as a free update. You can also stream them for free on our YouTube channel and other streaming services.

Pyre Merchandise in our Online Store!

In case you missed it, we're also now offering a Pyre T-shirt and 24" x 36" Poster in our online store! Follow the links for more info on each item. 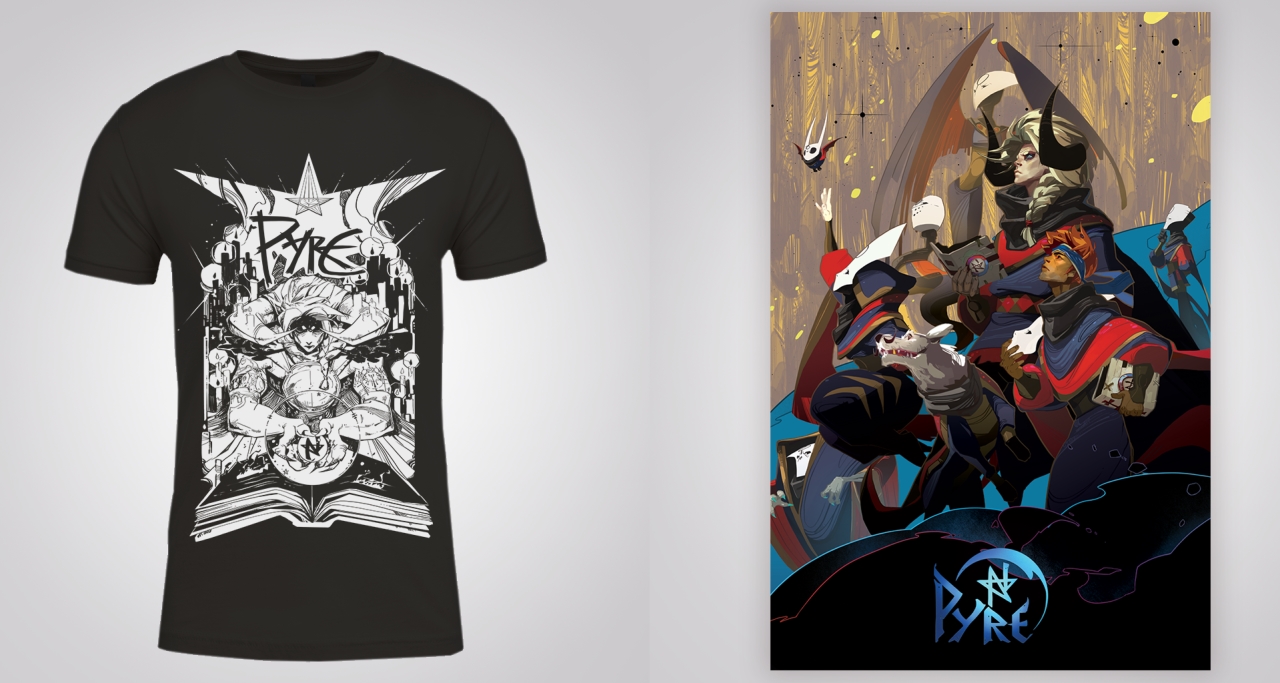 We ship these and all our store items worldwide, straight from our San Francisco studio.

We hope you enjoy the True Nightwing update, and we really appreciate all your support of Pyre.